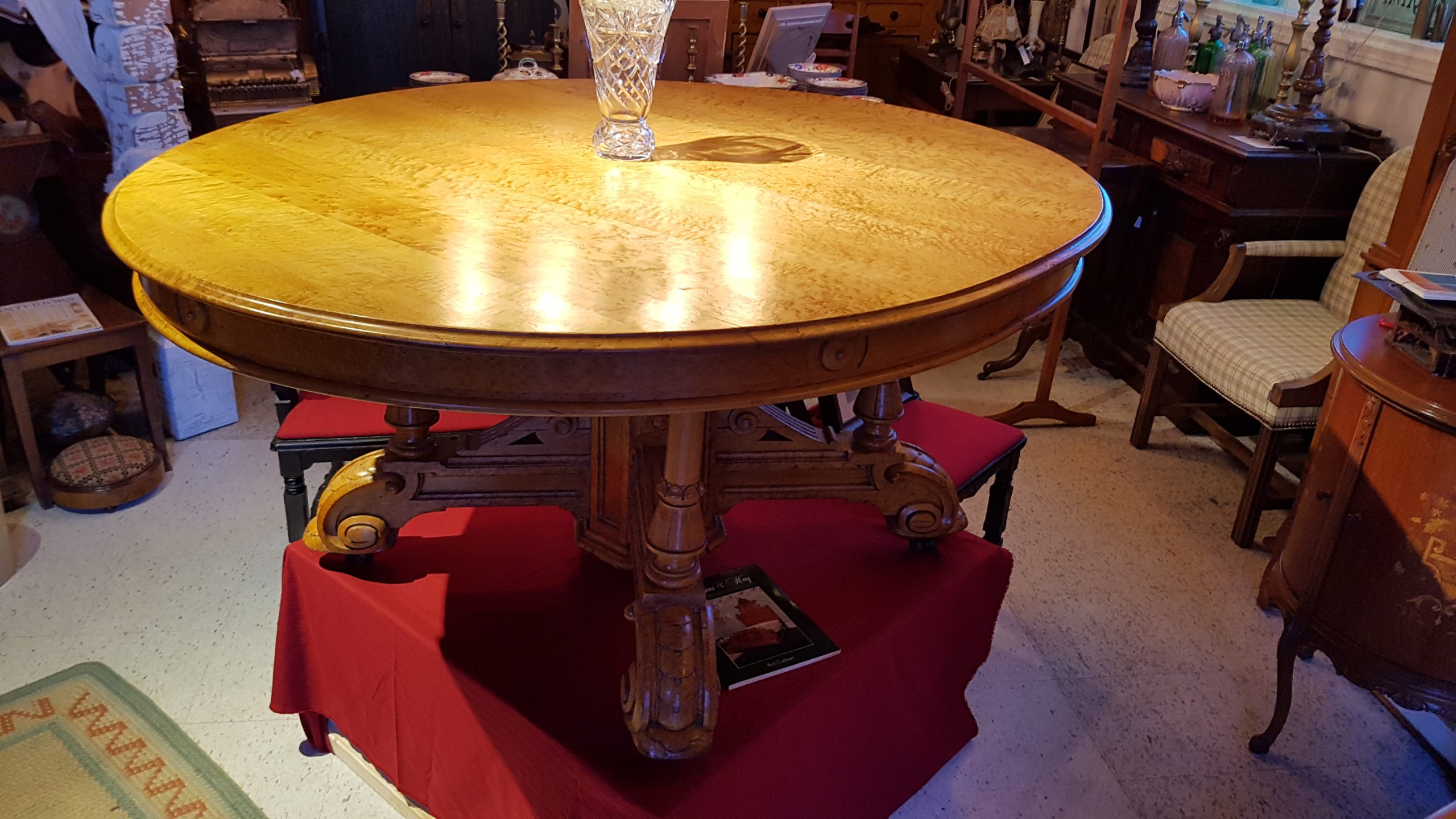 Canadian Antique Furniture; Our Focus in 2017
I can’t believe that half a century has passed since my Dad took me to the Centennial Train in 1967 in St. John New Brunswick where we lived at the time. I can make myself feel better by saying that we live in a very young country (by that I mean John A.’s version.)
Events like the Centennial Train and Expo 67 and museum exhibitions across the Country, focused Canadian minds on our history and helped to ramp up a desire for artifacts from our past.
The mood is very different now and we have at least one if not two generations of Canadians who do not share their parents and grandparents fascination for Canadiana.
Perhaps the Sesquicentennial will have a similar impact on young Canadians as the Centennial year had on me.
At Danfield’s we are celebrating the anniversary by promoting Canadian Furniture and Canadian stories. The timing could not be better then, for the arrival of three very special pieces.
As I have stated before I have long admired the now little known Toronto cabinet-making firm of Jacques and Hay (please see earlier blogs). Ruth Cathcart published a wonderful book on the firm back in 1986.
On pages 58 and 59 of that book are photographs of two of the finest pieces of Canadian furniture ever produced in this country. There you will see an extending dining room table, and a very tall china cabinet both in solid birds eye maple. Both pieces are in the Renaissance Revival style (1860’s) but have an understated Canadian feel about them.
I had heard about these maple pieces and had always wanted to see them in person, but never knew where they resided. And so, I could not be prouder to say that the owner of these treasures found me, and that the table and cabinet are now in our store for you to see and for you to have the opportunity to purchase.
These two pieces resided in the home of a Montreal family for many years and it may be that they were actually created in 1867 for a high ranking figure in government or for one of the barons of Montreal industry. We are looking into that.
From that same Montreal home comes to us, another Canadian gem from a generation earlier, circa 1835; a solid, flaming birch buffet in the Empire style. Fronted by four turned flaming birch columns, this is a piece the likes of which you will seldom see outside a museum, if then.
Complimenting these new arrivals are many other pieces of Canadiana, some in original paint. In addition we are highlighting Canadian Inuit Art, paintings, Canadian posters from both world wars, and First Nations items when we are fortunate enough to find them.
All of these items are gorgeous to the eyes, but it’s the stories behind these treasures that people seem hungry to learn. Our shop which could not be more Canadian, as it is actually an Algonquin Park Lodge moved to our location in 1954, is primed to relay these stories for Canada 150.
Please come and visit us this winter while you are skiing at Blue Mountain.
Danfield Antiques and Art
230 Marsh Street, Clarksburg, On.
705 888 0242
danfield@rogers.com
danfield.ca